Dogs and the Animal Nature of the Body 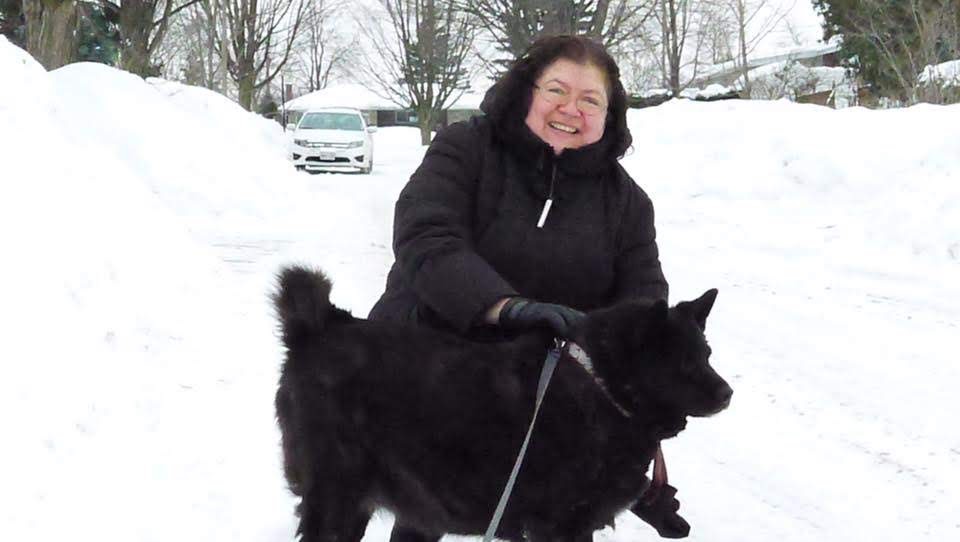 I grew up in a tiny one-bedroom apartment in Bucharest with my mother and father, two full-time professionals who hired a nanny to take care of me. We decorated our home as everyone else did, the kitchen table in the center of the living room, right underneath the lamp. A sofa, that doubled as bed at night for my parents, since I occupied the bedroom; four chairs around the kitchen table, and two bookcases brimming with books alongside the walls.

We were poor, like everyone else was around us. But education and culture was subsidized, so books were cheaper than bread – and my mother loved books. She gathered them and sorted them by collections, the classics, the modern, the folklore. Where did my mother’s love for books came from, I do not know, as she was the first generation academically educated in her family – her mother, my grandmother, was illiterate, and learned how to write late in her life, when one of her grandchildren, my cousin, taught her the printed alphabet. I still remember her apricot preserve jars labeled in large, clumsy capital letters: CAISE – apricots.

Mother taught me how to read when I was still in kindergarten. Then she supplied me with a steady flow of storybooks, and I was out of her hair for many long hours, swept in the stories of knights and princesses, exotic romance in faraway lands and touching adventures and friendship between men and beast. The books I read transported me to places which came alive in my young and fertile imagination, places that I was always happy to leave behind and return to the reality of my tiny apartment and dinner, homework and bath.

When I read Jack London’s stories of dogs and wolves and man’s friendship with them, my heart remained captured in the imagination of such kind of friendship. One night, as I finished reading White Fang (or was it Call of the Wild?) I cried and asked my parents for a dog. I did get a dog, and lived with dogs for most of my life ever since. The friendship with my dogs transported me to a place much different than the literary realm of vivid imagination: a reality of shared affection, touch, movement, playfulness, laughter, sorrow, loss and bonding that was life at its most vibrant and full. The books were the restaurant’s menu, while caring for the dogs was the real food.

Not every individual or culture shares my love for dogs. I’ve seen men kicking stray dogs for amusement; dogs kept outdoors, on short chains, in all kinds of weather, day after day after day for a lifetime; I’ve seen dogs abandoned, dogs punished and beaten and yelled at, and plenty of well-behaved dogs feared and avoided on the street by people with faces grimaced with the terror of their own projected prejudice.

I came to notice a correlation between a culture’s character and the behaviour of dogs. Where people are kind, dogs are trusting; where people are mean, dogs are shy or aggressive. I am fortunate to live in a place that has zero stray dogs, and animals are protected by laws and for most part they are cared by kind people and charitable organizations.

Living with pets connects us with our own animal nature – that part of us that is all instinct but carefully tamed and dressed into socially acceptable personas where we behave in order to belong. We study, then graduate and hold respectable jobs, hold ourselves to a posture and demeanours dignified and worthy of our leadership roles. And inside those tailored suits and such other uniforms of parochial belonging, there’s a hidden wild beast who wants to play-fight and dance and move and cuddle and purr, an inner wild beast which comes out to play on the couch with our cats, and in parks or on the hiking trails with our dogs. It’s in your tee and shorts, when you growl and purr and make silly sounds and roll on the floor with your fur friend and play, that a part of you comes alive, and makes you incredibly happy: your animal self.

Life is about movement and touch – we begin as animals, eating and sleeping and learning through embodied direct experience long before our learning is entirely delegated to our heads and we learn to live from the neck up. There’s a great deal of shadow around our animal nature, in some cultures and subcultures more than others, where human virtue is seen in the transcendence and exclusion of our instincts, where we insult each other by calling each other animals of sorts, where houses are sterile and devoid of animals or plants, boasting to be “pet-free” homes. And we develop depression, as a result of disowning and denying a fundamental aspect of our nature, and try to mask it with drugs and alcohol, at no avail.

Mental illnesses that do not respond well to medication often respond remarkably to interactions with animals. There are successful projects bringing together autistic children and dolphins or horses, with great results. I remember watching an Israeli television documentary about an animal petting farm where children and adults from violent backgrounds would come and learn how to give and receive caring touch. There were people whose parents had never hugged, kissed or caressed them, and they didn’t hug, kiss or caress their own children. I remember watching a hardened woman with sharp, angular facial features and hoarse, harsh-sounding voice being moved to tears as she was holding a little goat in her arms: this woman softened a bit as she experienced caring feelings that she hadn’t experienced before.

I’ll make a wild guess to say that people who move, touch, play and cuddle with each other and with animals are happier than those who don’t. Sterile, sedentary, isolated, artificial living is far more threatening to our health than the germs on our hands from a puppy’s saliva.

If you live with pets, I know, I’m preaching to the choir. I’m “in-between dogs” right now, and stay in touch with the “dogosphere” by walking with shelter dogs on every Tuesday afternoon. It’s my antidepressant medicine and my nourishment for the soul.

This article is dedicated to the precious friendship with our animal friends, and the part of us that comes alive in this friendship. 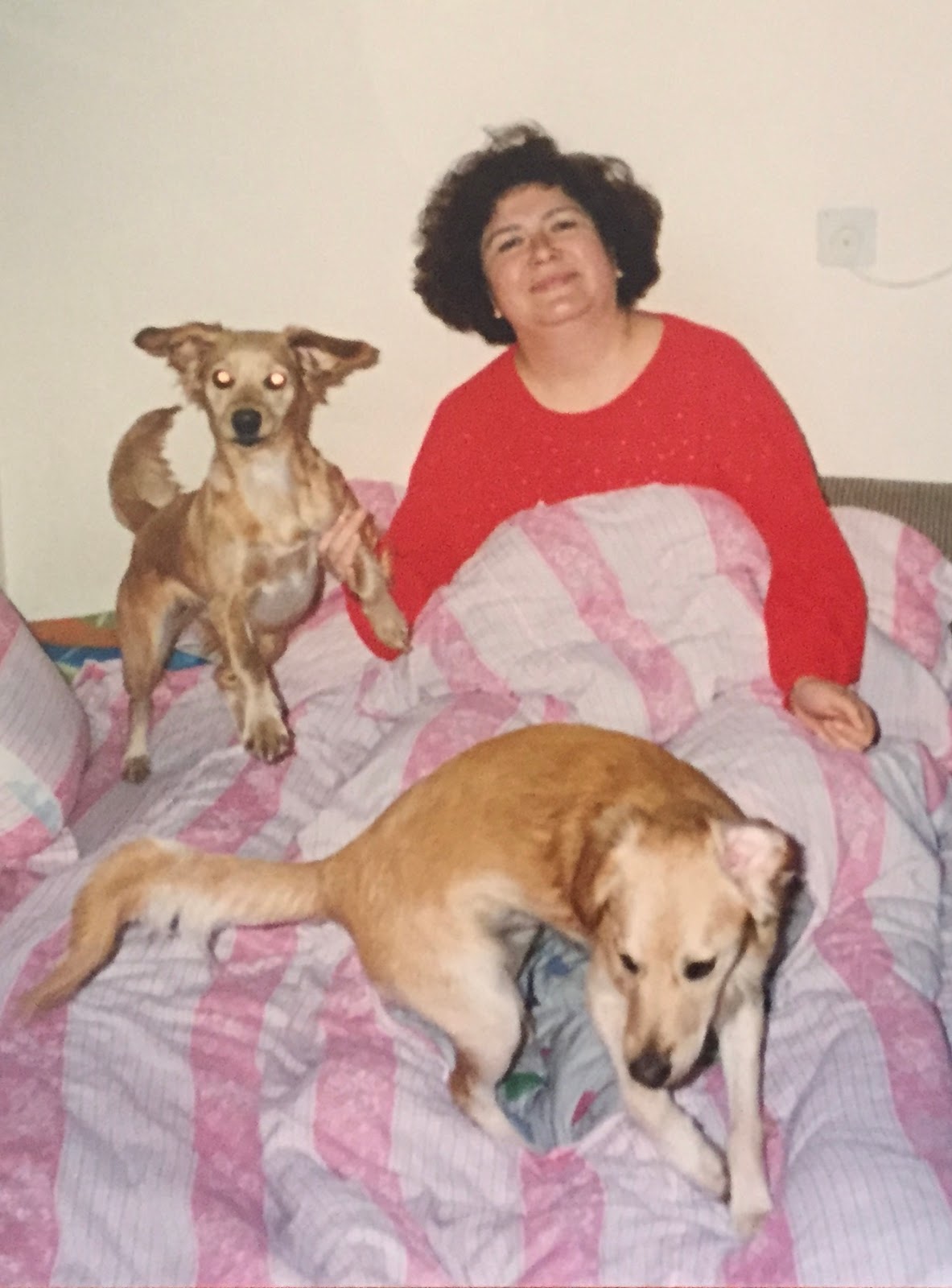